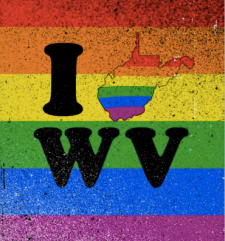 The advancement of House bill 2881 in West Virginia’s House of Delegates on Wednesday prompted many LGBT and Ally West Virginians to fight back against what many considered “an attempt to veil discrimination.”

House bill 2881 introduced by Delegate Lynne Arvon, R-Raleigh, was written to deny municipalities in West Virginia the authority to protect their LGBT citizens from discrimination. The problem cited, and rightfully so, by several Delegates was the overarching State intervention into what they believed was an issue of local control. If a City wanted to protect its LGBT citizens, why should a State deny them that ability?

The issue came to an abrupt end on Friday, Feb. 27th when Delegate Issac Sponaugle, D-Pendleton introduced a motion to indefinitely postpone the bill, leading to the demise of HB2881.

Knowing the West Virginia Senate would likely reject this proposal kept me from losing hope. Lead by Senator Jeff Kessler, D-Marshall the Senate had twice passed EHNDA (Employment and Housing Nondiscrimination Act), which would update West Virginia’s Human Rights statute to include LGBT protections. Reported by the State Journal, Senate Majority Leader Mitch Carmichael, R-Jackson, said Feb. 26, “even if the full House were to pass the measure, he was sure the Senate would not even entertain the bill”.

As by their actions with House bill 2881, its clear that the House continues to reject EHNDA.

House bill 2881 is similar to legislation found in Tennessee and passed by Arkansas, which would ban localities from passing local LGBT discrimination protections.

Enough said in one photo…#stopthebans
😢🥺😢
Current situation this evening is a good one👌👌#summertime #missouri
My favorite thing about summertime...#localproduce #healthyeating #health #food